My work on automated bird migration, tracking and moon-watching featured in Popular Science. The article on modernizing the technique came to the attention of Popular Science author Charlotte Hu, and she requested an interview with my colleagues and I to discuss our project. We spoke on the LunAero project and the concerted effort to bring open hardware strategies to citizen science. I have previously discussed the LunAero project on this blog as we progressed from the LunAero Crowdfunding Campaign, to the first paper on the hardware prototype, and finally to the computer vision models on the back end. I was really excited the Popular Science was interested in our project. 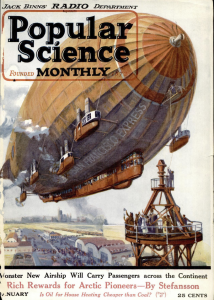 Three Insects in a Trench Coat and Other Highlights

In the article, we discuss some of the benefits of the technology as well as the challenges awaiting us in the future. I’m extra giddy that I was able to sneak some good quotes into the Popular Science article. Notably, we must now consider that “three insects in a trench coat” is now a part of the legitmate scientific discussion. On a more serious note, my postdoc advisor, Eli Bridge, was able to show off some of the fun new directions he was taking the project, as seen in the animations featured on the Popular Science webpage.

Read the full article at the Popular Science website: HERE.